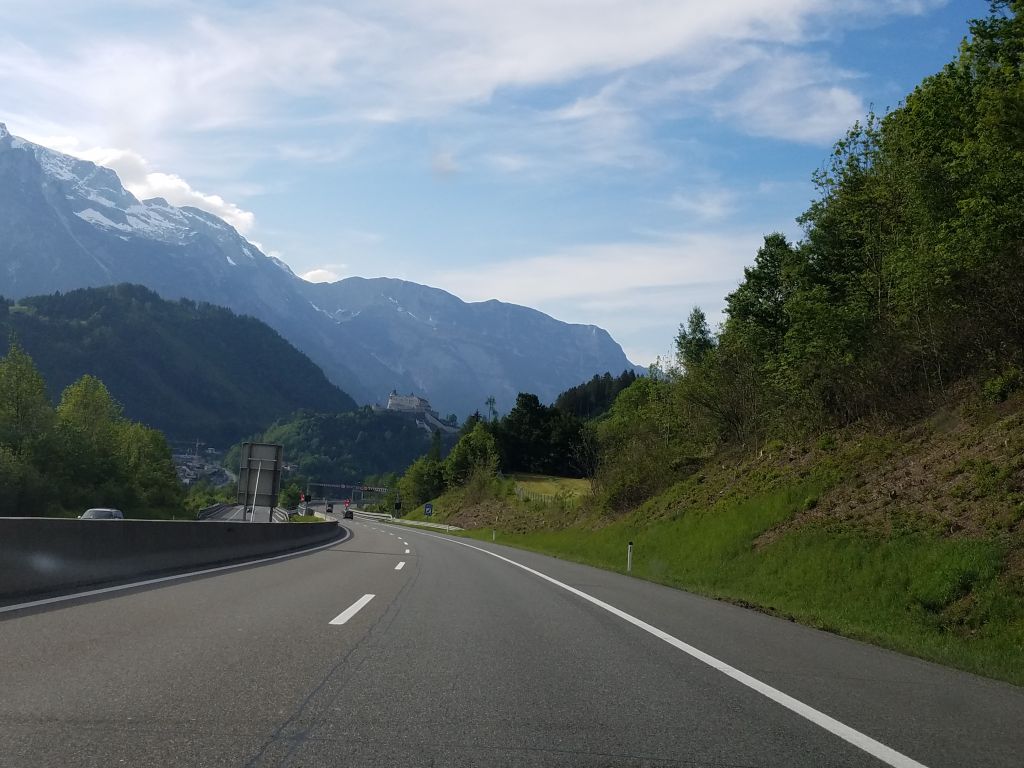 Road trip Europe might be one of the best adventures in your life. The first thing when you think of traveling trough Europe is buying a train pass and doing the trip on the Eurail like most of your friends did it when they backpacked Europe, as well as how you see it on movies and dozens of guides.

If you are in a group, or even just a couple check out the alternative of traveling Europe by car.

On this article I will discuss some of the benefits and downfalls of traveling Europe by Car.

This article is inspired by our recent road trip in Europe.

Depending on the number of countries and cities that you want to visit renting a car might be much cheaper than buying a eurail ticket. If you are going to be traveling to more than 4 countries the cheapest eurail pass you can find is the 5 days within 1 month for $542 per person (Prices as of 2016). Keep in mind that this only gives you 5 travel days. If you want to travel more and let’s say you are looking for the 10 day pass it goes up to $814 per person.

There are many obvious reasons for traveling by train. You don’t have to worry about driving, insurance, gas, tolls, parking etc. But even after all of that I found that traveling Europe by car was not only cheaper but more enjoyable.

We rented a very comfortable 5 door wagon for about $600 for 15 days with insurance included. If you are just a couple traveling together you can rent a smaller car for much less, a compact car can be rented for less than $200 per week. I actually thought that driving a smaller car will be difficult to handle on the highways on the alps until you see plenty of Fiats 500 and Smart Cars passing you by at 130+km per hour. To this very point, if you are traveling through the alps in Austria, Germany and part of Switzerland you’ll be surprised that the highways are almost flat all of the time. European highways are designed to be pretty even which I found amazing. With the creation of bridges and tunnels they are able to cut through mountains and elevate roads on rivers to make the roads almost flat. So no need to have a very powerful engine, unless you are driving on the snow which is a completely different story.

Price: So back to our first point, driving might be a cheaper alternative to trains and planes. If you are traveling with a partner, or even better in a group, the cost of a car for two weeks is about $100 per person per week. This price will actually go down if you are doing a longer road trip in Europe.

The other costs that you have to account for is Gas and Tolls. Depending on where you are traveling you will encounter different toll prices. Here is an example of what we saw by country.

Italy: Probably one of the countries with the most tolls. You will pay an average of 10 Euros for every 3 hours of travel, again this is a vague estimate.

Germany: We only drove on the south and we had No Tolls to pay near Munich

Austria: MAKE SURE TO GET THE VIGNETTE. When you enter Austria on the Highway you will see a big Yellow Vignette sign. Stop and buy it. It is only about 9 Euros valid for 8 days. Because of this there are no tolls, so it is very affordable. I have heard some horror stories of people paying hundreds of Euros if they get pulled over without the vignette. 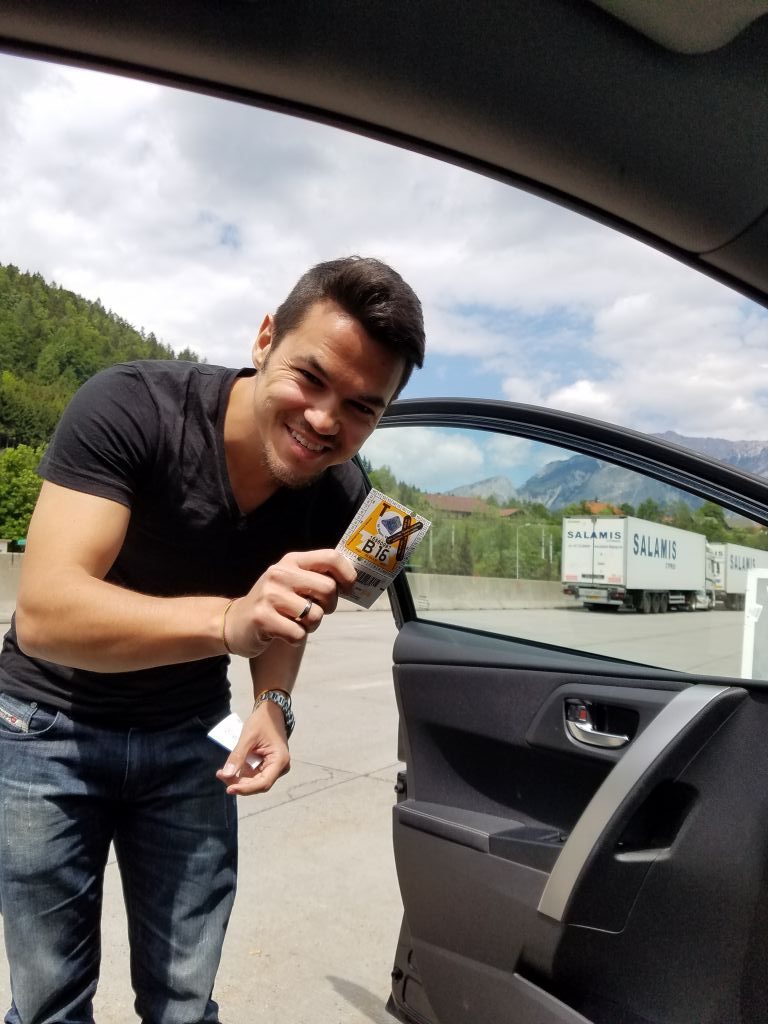 Very happy to have found the Austrian Vignette

France: We only drove on the South as well and there were very little tolls. The most expensive we paid was about 5 euros.

Switzerland: We had no tolls, you may need a vignette, make sure you find out. We only drove on Switzerland 1 day for a short period and encounter no tolls and did not asked about the Vignette.

All other countries: Each country has their own rules on tolls and vignettes so make sure to find out before time.

This can vary from time to time, but as of Summer 2016 gas prices are actually quite low. We fueled our Toyota wagon every 700km for about 60 Euros.

https://www.viamichelin.com/ – I highly recommend this website for preparing your roadtrip, it gives you a very accurate estimate on toll prices and gas.

We were a group of 5 on the car, if you put all expenses together it is just a fraction of what we would have paid on trains. Even if it is just a couple I believe traveling by car might be cheaper than train.

Parking on your Road Trip Europe

As you probably know parking in Europe can sometimes be a hassle. If you plan ahead of time you definitely will have no trouble whatsoever. Each city is very unique, for example some cities in Italy have a restriction that you can’t drive in the center of the city. What you need to do is search for accommodations that offer parking. We made sure to search AirBnb and Hotel rentals that have parking available. Both Airbnb and all other hotel search websites such as Booking have this option available. What we found is that in Europe when they say parking available is not always included. Many of the apartments we rented did have free parking, but other had parking garages nearby where you have to pay for parking. The most expensive one was in Florence, Italy where we paid about 40 euros per night for overnight parking.

We actually had no trouble finding parking in most cities, almost all of them have parking garages around the city specially in the city center and prices ranges from just 1 euro up to 4 euros per hour depending on the city, day and hour.

One of the best ideas is to travel by car in between cities, but once you arrive it is often easier to travel by local transport. Most european cities have great train and bus routes that can take you anywhere on the city. This way you don’t have to worry about moving your car in between attractions and having to deal with parking etc.

By far the best thing about renting a car in Europe is the many more places you get to see that you will otherwise never dream of visiting. One of the most fascinating things in Europe is how small it is, compared to the US for example. All mayor cities are less than 5 hours by car and in between these mayor cities there are hundreds of charming little towns.

To give you a few samples, Driving time between Rome and Florence is 3 hours. In between these 2 mayor Italian cities lies the small town of Orvieto, like it there are dozens of charming towns and villages. If we were not driving it would have been very difficult almost imposible to visit many of these attractions which many of them were highlights of our trip.

Here is a list of places we visited that we would have missed if we were traveling by train or plane. I’m not trying to say it is not possible to visit them, just that it would have been way more expensive and taken much more of our time. 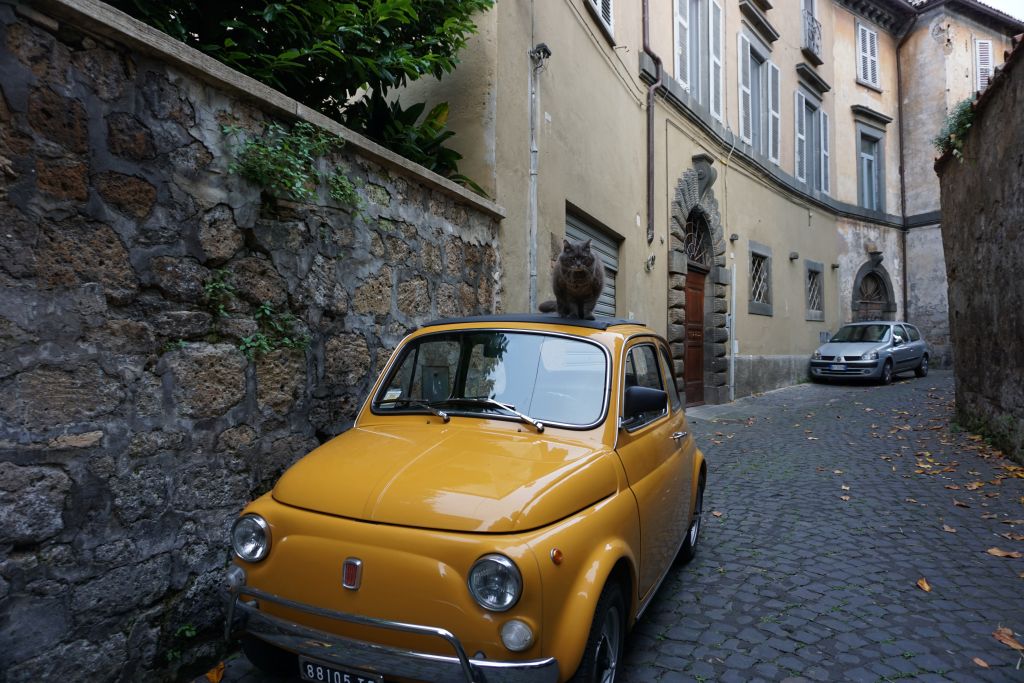 Ferrari Museum in Maranello: Stop between Florence and Venice 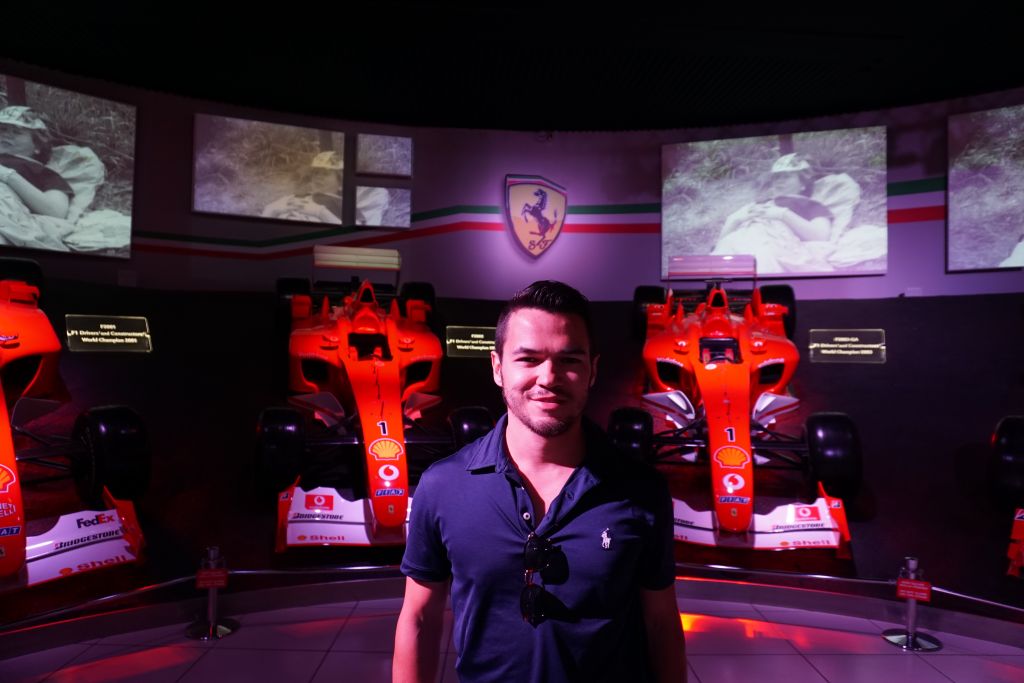 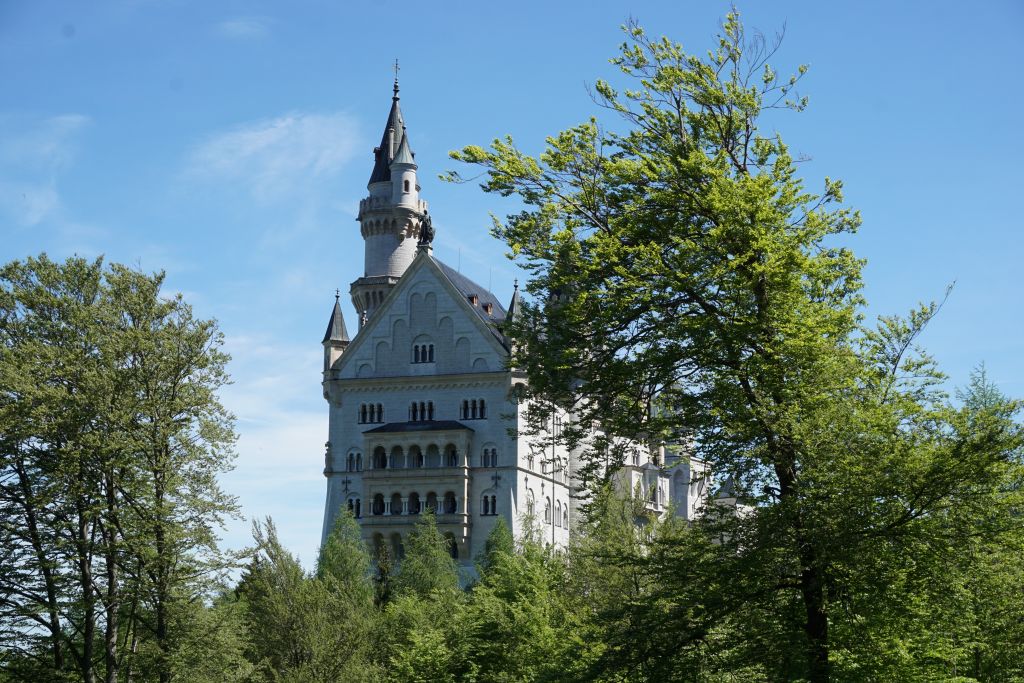 Liechtenstein: Both the castle and this tiny country we visited in 1 day on our road trip between Munich and Zurich

Most of these were just stops between the big cities where we had our accommodations. Again if it wasn’t because we were traveling by car there is no way we could have seen all of these amazing destinations.

The Comforts of a Car!

There are many obvious reasons of the many comforts of traveling by car. No more carrying backpacks and luggage around. You leave everything in the trunk and just take what you need. In some instances where we only spent 1 night  at a hotel we did not even bother to take the bags down, we just took the clothes needed and leave the bags in the car. (Make sure you feel comfortable about the parking situation if you do this). We also bought groceries which is way cheaper than eating out 3 times a day in Europe and having a car made it very convenient for us to move our 2 bags of groceries in between cities.

Rain: One of those things that can ruin any trip and there is nothing you can do about it. When you have a car you have options. If it is raining you can drive somewhere else, or go to an indoor attraction where you can escape the rain.

Flexibility: This is another big advantage of renting a car. When traveling you never know when you are going to love a place where you decide to stay longer, or maybe leave sooner because you did not enjoy it. If you are tied to a train or plane schedule it will be harder to just pick up the bags and leave. Having a car gives you flexibility to travel where you want when you want. To give you an example of this, we were lucky to be able to catch one of the training sessions of the Monaco Grand Prix. Like most everyone else we stayed in Nice since accommodations in Monaco are rather expensive. Most everyone left early on the train to Nice after the practice rounds. Since we had the car we actually hung around ’till late and this was when the fun started. After 7pm they open the track back to the public and on the main street there are plenty of bars at night where the atmosphere is phenomenal, you get to party besides the Formula One teams. This was an experience that would have been difficult if we had to worry about taking the train and bus back to our apartment in Nice.

EPIC ROADS! – If you are anything like me and actually enjoy driving, Europe has to have some of the most epic roads in the world. The views of the Alps, the mediterranean coast, etc. I oftentimes enjoyed the drive almost as much as the destination.

The sweet roads and scenery in Austria

As you can see Europe by car has both it’s benefits and downfalls, but if you ask me the benefits greatly overpass the few inconveniences of having a car in Europe. Make sure you do the math and see what makes the most sense for you. For us renting a car was not only cheaper but a much more enjoyable way to travel in Europe.

Related Article about Driving In Italy

How to productively use your l...

Getting more out of life by ri...